Here’s DIY I have become a major fan of lately….

While the world is full of sneaker heads, I have become more of a rare breed: T-shirt head… T-shirt fan? Tee-queen? I don’t know what you may call it but the reality is, I love T-shirts and I have far too many. T-shirts are easy to come by especially as a college kid/grad. People keep handing them to you without reserve. This doesn’t mean I also haven’t also invested in quite a few of my own. I have ones from places I have been to, sentimental value ones, ones with cool sayings, nice ones, and even some that serious need to be retired but I can’t seem to let go. The bigger problem is that even though I have so many categories of shirts, they are rarely appropriate for wherever I am going.

So I finally did let go of few… Well in theory and shape…and my mom made me a T-shirt quilt as a graduation present. It was a long awaited project and she had been wanting to make one since I was in middle school but she finally put all my shirts together and made one. Although with the given amount of t-shirts I still have, she has started on a second one.

So while she has been using the tees I cannot part with but cannot wear. I have been experimenting with some of my own ideas. I have made the t-shirt bags, necklaces, restructured shirts and even just used the fabric for other projects but nothing quite solved my problem as this DIY.

I figure this is my solution for shirts I still want to wear because it maintains the integrity of the “t-shirt” while sprucing it up and still making it viable to be used in a quilt later. Most importantly it takes out the only thing I hate about t-shirts: the annoyingly tight necklines.

So all I really did was pic out two shirts I like for a test run. Picked some ribbon. Played a round with neckline shapes and went for it. They turned out better than I imagined and I fully intend to do this many more shirts. 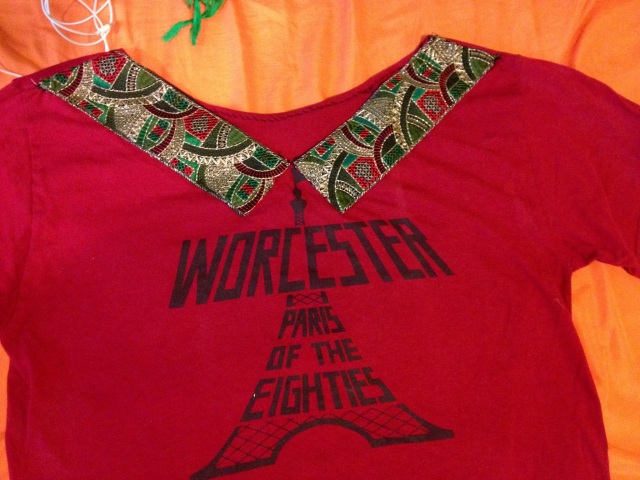 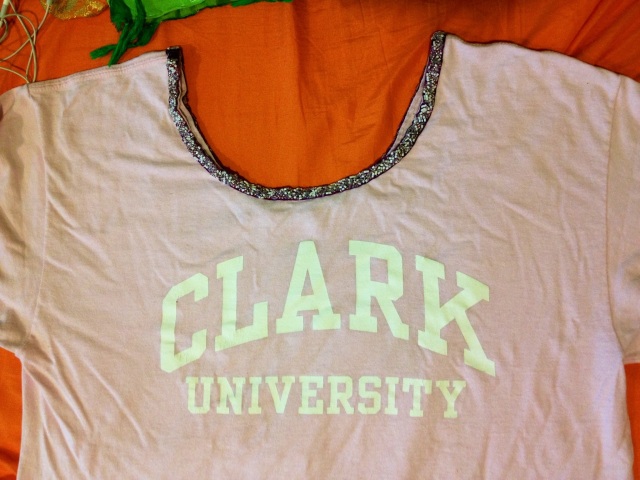 While they are still “t-shirts”, I like the flair and they are way more useful and exciting to me now.

I fully plan on playing with the idea of pockets, elbow patches (for long sleeve tees and sweaters) and of course more collar shapes.. So stayed tuned to see what happens!

Have you tried this before? Have any tips? Any other fix your wardrobe ideas? Post them below and I’ll give them a go!

Obviously I had to post my opinion on this stache-y matter…..

Contrary to the belief that I would not agree with my counter-partner in crime on the mustache matter, I actually do. I think the over obsessing has become a serious facial faux pas that I am well over. Don’t get me wrong, I fully enjoyed throwing my fair share of Stache Bash parties where everyone was required to sport a hot pink facial accessory but that was back when wearing a mustache that didn’t actually emanate from your own personal facial follicles was seen as absurd. But now with all these handlebars, chevrons,  and Yosemite Sam soup strainers stalking us all, I think it might be time for razor companies to put their marketing techniques into full swing. Besides the old men that haven’t been without a cookie duster since puberty and the occasional passafire (cause seriously that’s hilarious), I think it’s time for all the Tom Selleck wanna be t-shirts, finger rings, and flip flops to call it quits. Leave the animated mustaches to  Mario and Lugi, the original and (only) acceptable patrons who can rock them anymore.

Regardless of the fact that I am ready to for a clean shave and to jump onto next big hipster sloppy seconds trend, this hairy issue might just be growing in for the long haul. 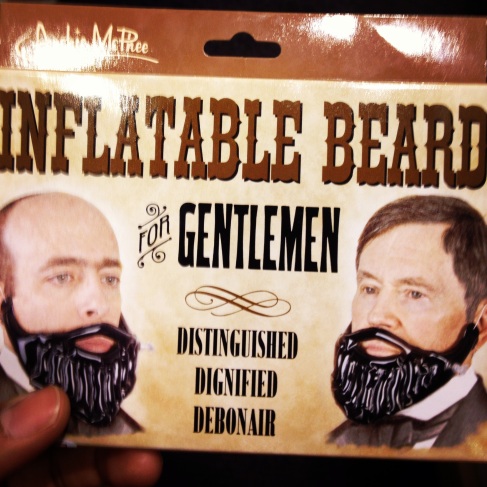